Get Matched with the Best Local Concrete Leveling & Mudjacking Contractor for Your Project!

Lift and Level your Sunken Concrete! 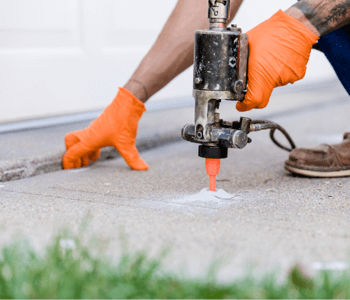 If you’re being troubled by trip hazards and ice buildup caused by sunken concrete, you’ll be pleased to learn that you have options. There are a variety of factors as to why your concrete sinks, such as weak supporting soil, water infiltration between the ground, and the slab creating voids below.

Breaking up and ripping out old concrete to regrade and repour is an expensive and lengthy endeavor that’s often more of a headache than it’s worth. In the past, it was the only option, but not anymore.

One traditional method of repairing sunken concrete is through Mudjacking. Mudjacking is a process of raising concrete that uses a limestone grout slurry that is pumped into the voids beneath the concrete via small holes bored in the slab, to raise the concrete back to level. This process has been around for over 70 years and is usually completed within a few hours, rather than the much longer wait for new concrete.

Over time though, the added weight of the slurry could actually have the opposite effect and begin to pull the slab back down below grade. Mudjacking isn’t waterproof, so the same issues that led to the original problem could be the slab’s undoing once again.

However, there is another option. Polyurethane foam has been used in large commercial projects to raise roads because of it’s high density and extreme durability since the ’80s. Many contractors and homeowners choose Polyfoam’s over Mudjacking for a variety of reasons. One of which is it’s lightweight, greater lifting power and the ability to acutely control the lift. 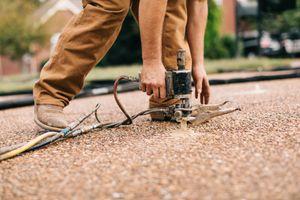 What Is Concrete Leveling?

When attempting to deal with sunken concrete slabs, many homeowners think the only way to fix the issue is by ripping up the cement and repouring. HomeProMatch is here to offer another solution. Why You Should Fix Damaged Concrete

Broken concrete can be a much more pressing issue than just cosmetics. Get in touch with your local concrete repair contractor with HomeProMatch!