Signs You May Need Chimney Repair

Never be caught off guard by chimney problems again!

Despite the appearance of your chimney being so strong and resolute against the sky, it too can fall victim to weathering, structural damage, settling, and a wide range of other chimney problems.

To ensure your chimney is structurally sound, it's important to schedule annual chimney inspections. To lend a helping hand, the experts at HomePro Match have identified a few common chimney problems to look out for.

If you've ever seen a white, salt-like substance on the masonry that makes up your home's structural components, you know what efflorescence is. These salty deposits appear when internally held water evaporates inside your wall, causing the salt to migrate to the surface of the porous material. If you do see efflorescence deposits on the walls of your chimney, this is likely an indication that there are unsealed mortar joints allowing moisture into your chimney.

Rust should never form on the firebox/damper of your chimney, and finding rust on these components could be indicators of a larger problem somewhere up the shaft of the chimney. If there's rust, there's water, and a chimney repair contractor should be contacted as soon as possible to assess where the damage is and how best to repair it.

If you notice any crumbling or cracking mortar on your chimney, these areas should be repaired immediately, as ignoring the problem could lead to an accelerated rate of deterioration and make for a more costly repair in the future. If left untreated, water could seep into these small cracks and with each freeze and thaw, the cracks will ultimately become bigger. You could end up with a tilting chimney, or one that's on the verge of total collapse. With weakened and deteriorating mortar joints, your chimney can no longer function properly as a low tech machine to heat your house, leaving you chilly. A chimney repair contractor should be contacted if you notice any signs of mortar joint deterioration.

As moisture permeates through masonry, it will begin to force the surface of your brick, concrete or stone to peel, flake, or fall off in chunks.. You might find chunks of brick in your yard, or see them hanging out on your roof, and the empty space in the side of your chimney would also be a dead giveaway. When you notice spalled bricks, the only thing to do is contact a repair company to replace the broken brick and re-seal the fireplace. Common causes of spalling bricks include using a high-power pressure washer, extreme weather, and inevitable aging.

In more recent years, most flues are commonly made of steel.If you've ever noticed thin chips and silvers of brick or clay tile accumulating at the base of your fireplace, you've seen what's known as shaling. These thin slices of flue tiles are almost always a symptom of a bigger problem, and if left alone or unnoticed, you could be at risk for a chimney fire. It's imperative that you find a good chimney repair contractor to ensure your home and family's safety.

If you have wallpaper in your home, this could be a helpful tool in spotting damage to your chimney. If you notice your wallpaper or even your paint beginning to lift and bubble, or peel away, it could be a sign that water has started to infiltrate the brick structure, or an indication of settlement stress. A chimney repair contractor should be contacted to assess the full extent of the damage and repairs needed.

The crown of your chimney is an essential part of the main structure -It's a layer of cement that covers from the brick, or outer masonry, to the flue tiles of your chimney, creating a seal that protects against the weather and small animals. Because your chimney crown is flat, it will take the most damage from precipitation and sun on a daily basis. Any damage to the chimney crown should be repaired as soon as it is noticed, which is why a professional is needed for proper crown repair.

If water finds its way into your chimney, it will also find its way out again, and this could be disastrous if left unattended. Keep an eye on the walls and ceilings around your chimney and fireplace, and immediately contact a chimney repair contractor if you notice any bowing walls or ceilings, as there is likely a significant water problem occurring within your chimney.

Flashing, the metal sheet that adds a watertight seal to the connection joints in your roof and around your chimney, aren't immune to weathering, rust, and general deterioration. If during an inspection of your roof, tiny holes or rust is noticed on the flashing, it should be replaced to help eliminate the risk of water infiltration through the roof and into the chimney. Chimney flashing repair is just as important as any other part of your chimney maintenance.

The most dramatic sign that something is off with your chimney, is if it's leaning or tilting away from the rest of the house. This is often also a symptom of a potentially serious foundation problem. Chimneys will sometimes fail when they have an inadequate chimney footing caused by poor design of the overall structure or poor building materials that fail over time. Another common problem with chimneys is their tendency to fail when the structure has been built over poorly supported soils. If the soil beneath your chimney is not dense enough to support the weight, the entire structure may begin to sink.

Your chimney is an integral part of your home and should be cared for as such. It's important to remember that while your chimney may seem almost indestructible, it is just as in need of care as any other part of your house. It's not always possible to see damage from the ground, and some damage can elude by hiding inside the chimney itself, so remember to schedule your annual inspection with a trusted chimney repair company. HomePro Match can pair you with a thoroughly vetted chimney contractor near you. 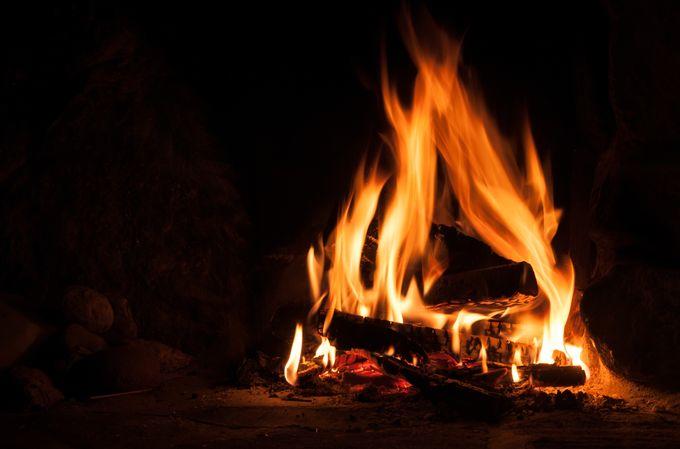 What Fireplace Should I Choose For My Home?